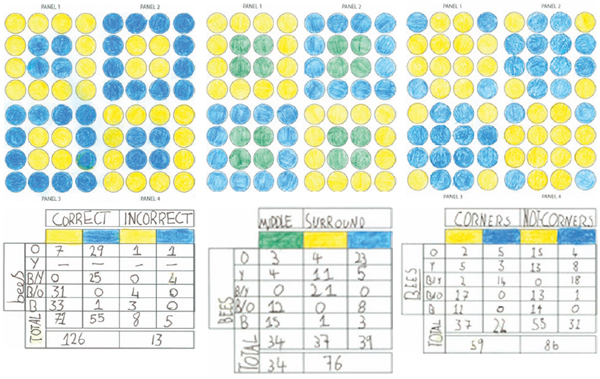 A group of 8-year old’s made history 9-years back. They designed experiments with bees and like scientists made a note of their observations and tested their own hypotheses. This blog post is dedicated to the kids and bees and how two adults facilitated challenging the natural curiosity of kids.

When Beau Lotto of University College, London gave a talk at the school for 8 to 10-year old’s, he made it fun. He explained science like a game. He spoke to them about the patterns that are found in nature. It was hidden, but it could be uncovered by playing with patterns. The premise intrigued both class teacher, Dave Strudwick, and professor. Could children plan an original research project in which they will have full control?

For the next couple of months, the teachers got the students thinking about what would interest them and what kinds of games or puzzles they liked. Gradually, the group focused on asking questions on bumble-bees. The teachers wanted all the students to participate in the project. And to prepare for the study, the kids played the role of bumble-bees for an entire day. Now, the kids were able to put themselves in the perspective of bumble-bees and decide what questions they would ask.

Kids being kids were not worried about making mistakes or sounding silly. Their initial questions were all over the place: Could bees lean to play games such as monopoly or soccer? But they began to get deeper in the topic and ask questions that scientists had answered or were researching for the last 10-years. Finally, the class found a puzzle that fascinated them: How do bees learn which flowers have no nectar and avoid visiting them?

To a scientist, this would be framed as an investigation on whether bees could use the spatial relationship between colors to figure out which flowers had sugar water (or nectar) and which was empty. The kids understood this and presented it as a puzzle for the bees. It was important for the bees to understand which flowers were bad or had no more nectar, and thus learn to avoid the flowers without nectar.

Attracting bumble-bees for their experiment was done in a nearby church. The students helped set up a bee hutch designed with Plexiglas cube with two entrances and 4-panelled light box in the middle. Each panel was illuminated with 16-colored lights in patterns of blue and yellow. In each light, a feeder offered either delicious sugar water or the repulsive saltwater. The bees were first trained by the students to drink from the feeder. After the bees learned to drink from the feeders, the lights were turned on.

You can read more about the experiments and download the paper here: http://www.labofmisfits.com/articles/Blackawtonbees.asp

In the first experiment, the blue lights were arranged outside and offered salty water. The sugary water was offered in the inside with yellow flowers. Every 10-40 minutes, the colors were changed, so that inner circles with blue lights offered sugary water rewards. Students found that bees did manage to land in the center 90% of the time. However, each individual bee learned to master this task through different methods. Some bees flew to the central lights on each panel, they did not seem to care if the color was blue, yellow, or green. Many bees were strongly influenced by color, when they were presented with an unfamiliar color (green), the bees preferred familiar yellow or blue lights.  When the kids switched on all the lights on each panel to the same color, except for four corner images, the bees went to their favorite colors!

Now that the experiment was completed, they spent hours at the local pub writing up their ‘manuscript.’ The scientific paper they published was also different from the standard paper. The experimental data is naturally reported, without any reference to other scientific studies. The scientific studies are not relevant to youngsters in any way. They could not read and understand the science behind the papers. They were driven by their curiosity and their sense of game and playfulness to solve puzzles. It was a naïve form of science that was inspired by creativity. Here is what the students concluded:

“We discovered that bumble-bees can use a combination of colour and spatial relationships in deciding the colour of flower to forage from. We also discovered that science is cool and fun because you get to do stuff that no one has ever done before.”

This sense of curiosity and playfulness can be fully explored in nature. E.O Wilson, explains the importance of being immersed in nature in this call to young scientists to explore the natural world.

When kids are provided with more opportunities to explore nature, they experience more connection with their surroundings via their natural playfulness. And that is one of the best way to bring back to the joys and discoveries of childhood.

What happens when you put kids under trees?