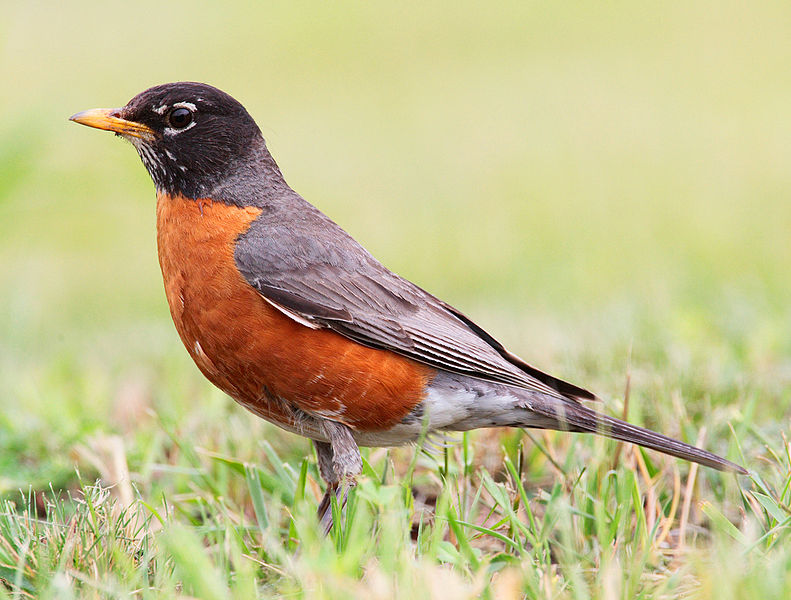 Common birds such as American Robin is becoming rare in parts of its range.

We can deny #ClimateChange, but #birds in our neighborhood are singing a different #song. No, the birds are not learning new tunes. The seasonal abundance of species has gradually changed. Now different species sing different tunes at different times of the year. How do we know this?
Scientists in Europe and North America analyzed 30-years of bird abundance study and they also created climate models with climate data from 1980-2010. The scientists then verified if the predictions of the model were being reflected in the field. The scientists were surprised on several counts.
First, the data from the two continents showed that climate was gradually reshaping the avian habitats in both the continents. There was difference in abundance and diversity of the birds through the seasons.

Second, the abundance of the common birds showed a different response over time. Birds that were common at one time were now extending their range into areas that they were rarely seen. For example, in America, the American Robin has declined in some southern states but has increased further north of its range. In Europe, bird watchers are reporting more sightings of wren in the northern countries. However, the wren sightings have decreased in some southern countries.
Third, scientists now have data to construct case studies for common bird species that can be followed up closely. Some species are benefited by climate change while others suffer a decline due to climate change. The effects of climate change on rare species are not clear.
Fourth, the two continents were different in terms of geography, vegetation patterns, landscapes and barriers. Yet, the scientists analyzing the data found that there was compelling evidence for change following the climate change.

Birds are an important part of the ecosystem. They pollinate flowers, feed on fruits, disperse seeds, and eat insects that are crop pests. Birds are important for a healthy planet and ecosystem. It is important to understand how birds respond to climate change.
Climate change does not affect just the birds. It affects all of us. Let us each adopt one small habit to help mitigate climate change. What will your pledge be?

Buzzing with life on the edge

From #Smoky to #Sustainable: Future of train journeys in India