There are many giant things on Earth. Giant red wood or banyan trees, giant creatures such as elephant or whale and even giant cake.

All of these are small when compared to the mountain chains. Mountains grow. Mountains change. In some ways, mountains decide how we live.

Living in the shadows of a giant mountain could mean one of the two things- feast or famine. If the orientation of the mountain favors the location you live and you get plenty of rains. If it blocks the rain and you get no rain. You live in a rain shadow region. In many cases, you could be living in a desert.

The Thar Desert in India, for example, is formed by the blocking by three mountain chains- Aravalli range, Himalayas and Kirthar and Sulaiman ranges. It receives about 100-500 mm of rain every year. People, plants and animals can still survive there.

One of the driest places on the Earth is the Atacama Desert in Chile. The falls in the rain shadow zones of the Andes Mountains and the Chilean coastal range mountains. It receives less than 15 mm of rain per year.  Plants and animals survive close to the Pacific Ocean where there is some moisture.

How does a place go from being forested to dry? How many hundreds of years does it take? Scientists finally might have a clue about how it happens. Dr. Jeremy Caves, conducted a detailed case study to understanding the climate changes in central Asia. The area covered in the study includes parts of China, Mongolia, and Tajikistan.

The climate woes of this region began 50 million years ago, with the uplift of Tibetan Plateau and the Himalayan Mountains. The height of the Himalayas effectively blocked the passage of all the water bearing clouds. The rain clouds that carried moisture into central Asia from the south was effectively blocked. Years of drought killed off much of the trees and plants in the region. Over the years, continual lack of rainfall resulted in increasing aridity.

Scientists studied the chemical signatures left behind by a particular carbon isotope to understand climate change. Under wetter or rainy conditions, the carbon is used up by plants and soil microbes for their growth. When the conditions are dry, the amount of carbon isotope found in the soil is high. Looking at the carbon isotope over several cores of samples, scientists patiently mapped the rainy and dry conditions.  This is an amazing work, if one thinks of the time and effort that has gone into solving this mystery that has haunted us for centuries.

You can read the full paper here.

Mountains continue to be at the focus of climate change and monitoring at modern times. Read more about mountains in my book- 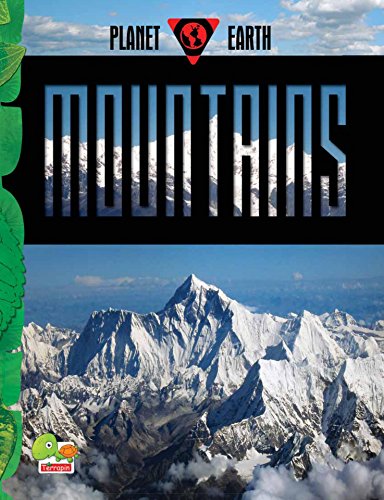 Here is an example of how climate change recorded on the mountains will help us to understand what is happening to us in modern times.

And this video is from Alaska-

Climate change is real. We are living through it. We need to be more vigilant and watchful with everything we can do for slowing down the process. Think of one thing you can do every day. That is the first step for fighting climate change.

Healing the #Ozone: Saving ourselves