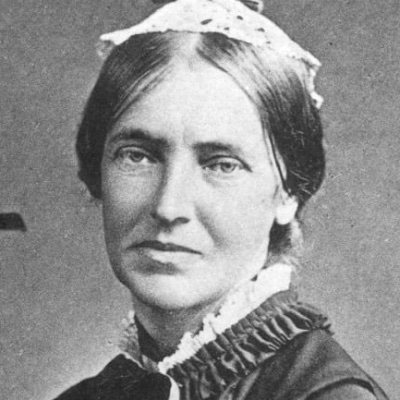 The life of a field #botanist is fascinating especially in the #tropics. One gets to visit #forests teeming with #plants and #animals. Every #valley would be special and we could find many new #species. The joy of describing new species comes much later, months of dedicated long, detailed work. Discovering the extent of distribution of #trees, finding the #pollinators or the seed #dispersion, and solving mysteries of #nature are other rewards. As with anything in nature the biggest reward comes from just being outside and in nature.

When I received the book on the life of Marianne North by Laurie Lawlor, I was fascinated by many superlatives in this #book. First, was the story of a female botanist about who so little is known and then there is also the story of #conservation. Her travels took her to all over the tropics and she documented live species in their natural habitat. Learning about her #life and #achievements inspired me despite the centuries that lay between us. We call it #STEM today, but in her days, Marianne was a botanical #illustrator. I am delighted that Laurie agreed to this #interview and discuss the wonderful book she has written for us.

Marianne North grew up in Victorian England with strict gender expectations. Yet, she overcame those to find meaning in life and passed away before turning sixty years of age. What traits of Marianne North attracted you to pick her as the character for your biographical exploration?

What really intrigued me about Marianne North was her energetic sense of adventure and her remarkable ability to adapt to different, challenging environments as she made her globe-trotting journeys.  Because she was self-taught as an artist and botanist, she broke many boundaries of what was considered “acceptable.”  She was determined to find her own way.

The combination of action, scientific exploration, and art involving a relatively little-known yet accomplished woman who broke societal barriers engaged my curiosity and inspired my research quest.  The more I found out about her passion for art and plants, the more I wanted to know.  At a time when women were severely restricted by rules of proper behavior, Marianne North seemed irrepressible and singular.  She traveled around the world twice – “unaccompanied” by male protectors or anyone else for that matter.  She set off for jungles, deserts, mountains, and plains on a hunt for the flowers and plants. She preferred to be “out of range” of ex-pats from the British Empire and often described her preference for native people.  Despite physical challenges (rheumatism and a growing deafness), she embarked on her artistic and botanical adventure when she was 40 years old – after taking care of her demanding father for many years.  The real clincher for me?  Discovering that she rode elephants.

At a time when women were severely restricted by rules of proper behavior, Marianne North seemed irrepressible and singular.  She traveled around the world twice – “unaccompanied” by male protectors or anyone else for that matter.

What were some of the biggest challenges in presenting the life of a talented woman from Victorian England to modern-day readers with different sensibilities?

The Author’s Note at the end of the book really offered me an opportunity to describe some of the challenges of her outlook and background.  She was brought up during the height of the powerful British Empire, a period that American children may not have heard much about.  Many of the countries she visited in her travels were part of the Empire and she was not shy about writing letters home about social and economic inequities she encountered.  She witnessed first-hand the stripping of local natural resources for Britain’s industrialization.

Please elaborate on what aspects of her art grabbed your attention.

The color and vibrancy really struck me.  She included so much about the environment – animals, insects – surrounding the plants and flowers.  There is something very elemental about her work that reminds me of paintings by Georgia O’Keeffe, another very #independent #woman.  Marianne North observed very closely the heart of living things.  She was using vivid oil paints. Her work exploded the idea of conventional “botanical art” of her time, which was much more sedate—a disembodied, water colored flower or plant floating like a lonely planet on a white page.

As the narrative unfolds, the progression of Marianne’s talents grows from sketching in secret to that of a full-grown illustrator, as we celebrate the wall with 848 paintings (pages 36-37). The only hint of the blossoming talent is mentioned on page 26: “She was no longer a traveler who painted. She had become a painter who traveled.” Please share with our readers what you discovered about her art lessons from your research. What was her style? How did she choose the species? What types of colors did she use?

We know a lot about how she created paintings from the forensic detective work in 2007 of an amazing team of #conservators who restored and preserved many of the paintings while rthe Marianne North Gallery was being renovated.  This episode deserves its own book.  The conservator’s careful work with scalpels and needles and the use of ultraviolet light revealed so much we never knew before.  What paint she used and how she worked.  They found small seeds and bits of fibers and bugs hidden in some of the paintings – fascinating clues that seem to reveal so much about her and her long hours at work in the natural world.

Much of what she learned about technique she acquired through trial-and-error and #friendships with a variety of working artists, including the amazing poet/painter Edward #Lear of “Owl and the Pussy Cat” fame.  She was always sketching, always trying to learn all her life.  Her style was realistic and accurate and yet somehow captures the bright light and #brilliant and smells and sounds of the tropics.  She knew her work would be examined carefully by professional botanists, many of whom were her friends.  On occasion she worked to gather specific #species.  An example was her quest in India where she coordinated her efforts with Dr. Arthur Burnell, a Sanskrit scholar, to paint as many sacred plants as she could locate for what she hoped would be an illustrated book.  Unfortunately, he died before the book was completed.

One of the reasons Becca Stadtlander’s illustrations are so superb is that they capture brilliantly Marianne North’s vivid style.

Many of our readers are environmental educators, teachers, parents, and homeschoolers. Please share what you discovered about introducing art to children from Marianne’s life.

I believe that #children instinctively understand the joy of painting and sketching outdoors.  They are often awe-inspiring observers of the natural world.  Combining going outdoors while using a sketch book or pencil or paints—just sitting and watching while observing the world around them—is a joyful, peaceful thing to do together as parents/teachers and children.

During the Covid quarantine and pandemic precautions, I’ve been told by both children and adults how much they’ve enjoyed being outside and experiencing the natural world with all their senses.  I think we appreciate the #outdoors even more now.   “I feel free,” one boy told me recently after an outdoor exploration with nature journals.

This sounds very much like Marianne North’s response to being outdoors!

One of the things I loved about researching Marianne’s life was discovering her indomitable desire to explore the outdoors.  Her teenage adventure sketching and painting every mushroom she could find in the woods by using a thick guidebook was indicative of her future drive and wonder.  I think she may have found a kind of freedom to be herself outdoors—away from the strictures of her family, who clearly did not understand her.

What is the most surprising discovery you made while writing this book?

Marianne North knew an incredible array of people–everyone from Charles Darwin to Henry Wadsworth Longfellow.  I wanted to write a chapter about each of them!  One who stood out for me was the talented photographer, Jula Margaret Cameron.  She and Marianne met in Ceylon in 1877 and did some intriguing portraits of her.  I would have loved to eavesdrop on their conversations!

Marianne North’s prolific letters give us terrific insights into her encounters with so many artists and scientists.  I could not include every detailed scene and so I created instead a list in the Author’s Note called “Who’s Who.”  An amazing group of writers, scientists, and politicians.

Please share your thoughts regarding how families and young readers can share this book to highlight the benefits of interacting with nature from a young age.

For young children, I think the illustrations offer lots of opportunities to look carefully and find insects, animals—including snakes and alligators!  There are so many hidden wonders in Becca Stadtlander’s images.  The book also offers parents/teachers an opportunity to talk with children about what they love to do most in the world.  What do they think they might like to be when they grow up?  I think the other important take-away from the book is a chance for grown-ups to listen to children’s ideas about some of the strengths they might have noticed about Marianne North.

One of the important qualities that attracted me to spend several years creating this book was the clear evidence of Marianne’s generosity.  She donated all her paintings AND the creation of a building for people to visit at Kew Garden.  Essentially, this was how she wanted to share what she had created with the whole world.

For people at the time, seeing this mind-boggling array of #paintings was like #traveling to different #countries.  Without computers or TV or film documentaries, going to see these paintings of exotic plants in their native environments was like going on a faraway journey around the world.

Any other information you wish to share with the readers.

On my website there is a link to the Kew Royal Botanic Garden that provides some insights into the Marianne North Gallery.  The list of sources and the story behind her published writings provide great places to start to investigate her life and work further.

My main hope is to encourage everyone – young and old – to go outside and carefully examine the plants and flowers all around us.  We don’t have to go to a faraway country.  We can deeply observe what we find in our yard, city park, or school playground.  Every season brings new wonders.

Thank you Laurie for the wonderful book introducing us to a talented artist Marianne North.